It's often thought that like Antarctica, early summer voyages in the High Arctic are to be missed becuase the wildlife is not around.

In fact, in the Arctic the opposite is true. Most importantly Polar bears have risen from their dens and while the pack ice is thick, this is the best time to be in the Arctic exploring for Polar bears.

Did you realise that Polar bears are considered Marine mammals and not Land mammals? So when the pack ice has the largest mass (early summer) is when you are most likely to have close encounters on the ice.

Here are a few more great reasons to visit the Arctic in June.

So as you see, June is one of the best times to visit the Arctic island of Spitsbergen.

But that’s not all! We’re also offering a number of Spitsbergen trip discounts in June and you can save up to 20% Off! 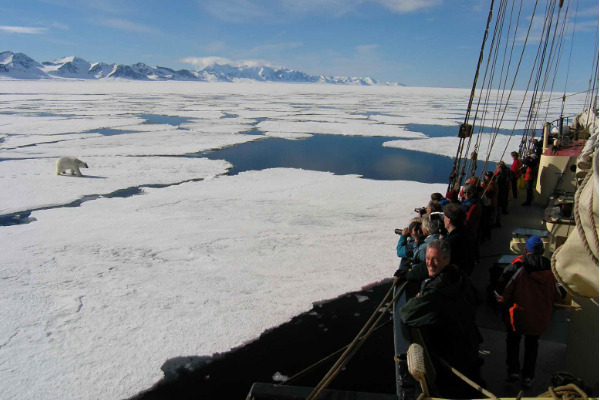 ‘Tis the season for Spitsbergen discounts

We have a number of voyages on the Ortelius, Plancius and Hondius which are onsale with Quad berths from A$4,900pp and Twin berths from A$6,790pp.

These explorative expedition cruises focus on maximum shore landings in North Spitsbergen, the chief aim of which is to view polar bears and pack ice during the early part of the Arctic travel season: late May to early July.

Scenic, adventurous, and centered on seeing the exotic Arctic wildlife, these voyages will give passengers the chance to also spot Arctic foxes, walruses, and various species of whale, seal, and seabird.

Don't let these amazing Arctic opportunities pass you by.

Discover all of the voyages >>>

*Promotional prices are valid until 31 Jan 2020 or until sold out.