Antarctica! It’s one of the last great wildernesses on the planet and unlike anything else you have ever seen.

Roughly twice the size of Australia, it’s the most southern continent and is 98% covered by ice. Because of this remote and harsh environment, it hosts a unique array of wildlife and nature like no other. With vast white landscapes and a true sense of adventure, it’s the must do Bucket List trip. Now more than ever, people are booking trips to the white continent to experience it in all its glory before it disappears. With warmer summers affecting the Polar Regions, we see a loss of wildlife, glaciers, sea ice and snow, which are what makes this place so special. Travel to Antarctica has never been easier, with a whole range of trip itineraries and fly cruise options for those short of time. There are even trips designed for families travelling with children. Below we have outlined a travel guide for your trip to Antarctica and surrounding islands.

One of the first things people think about when you mention Antarctica, are penguin colonies, but who else might you encounter on your visit to the continent and when is the best time to view them? We all know the Emperor Penguin, the largest penguin in the world. But did you know they have an almost identical twin who is just slightly smaller? The King Penguin is relatively similar in appearance, with its orange plumage at the top of his chest, but they can be distinguished by their longer straighter bill and bright orange cheek patch. Although similar in appearance, you won’t find these guys inhabiting the same areas, preferring to keep completely separate.

The Antarctic is also home to 6 different species of seals, with the fur seal being the smallest at 150kg and Elephant seal the largest, reaching weights of up to 4000kg!!! The cutest seal is no doubt the Weddel Seal, resembling that of a cartoon puppy with its giant brown eyes. These guys are unique in that they will chose to nest and come ashore on ice and snow, even when warm rocks are available. The leopard seal, easily identified by its leopard like markings, is one of Antarctica’s best predators, hunting fish, penguins, squid and even other seals.

Moving into the water we reach the largest and arguably the most sought after encounters, the whales! The largest of all whales, and also the largest animal to have ever lived on earth, is the blue whale, leaving even the largest of dinosaurs looking small in comparison. Their blood alone can weigh 10 tonnes; no wonder they need a heart that weighs the same as a small car! One of the most spectacular whales is the humpback whale, often showing off incredible gymnastic skills and slapping the water around with their giant flippers. These guys are usually quite social and will come say hi to the boats. The most recognisable whale is the killer whale, with its distinct black and white markings. These guys are the true killers of the sea, hunting in packs, anything that’s smaller than the largest whales. Although finely tuned killers, they are also known to make friends with hoards of seals who share the same area, only attacking foreign seals that come into their waters.

The time you chose to travel will be effected by what it is you want to experience most. Early season trips will reward you with white untouched landscapes, waking from the depths of winter, but won’t give you the encounters with whales you might be seeking. Whereas late season will be abundant in wildlife viewing experiences but not the pristine white snow and sea ice you might be after. There are three distinct seasons to go to Antarctica, as follows. 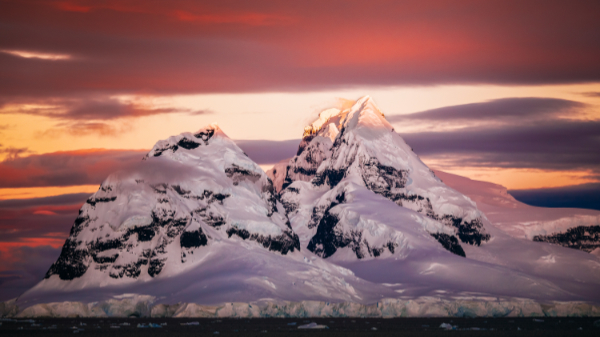 Early summer: the time when Antarctica is waking from the depths of a long dark winter. The landscape is blanketed in a cloak of white snow, unaffected by the penguin highways and summer wildlife. This is the time to experience a true Antarctic landscape. You will also have the wildlife viewing opportunities of South Georgia, which comes alive much earlier than the mainland. 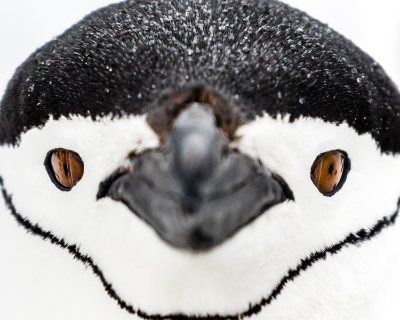 Mid-summer: abundant wildlife and warmer weather make this period the perfect choice for families travelling with children. This is the time Antarctica comes alive, with the arrival of whales, penguin chicks and seal pups. With the sea ice at its lowest, it’s also the only time to take voyages down to Commonwealth Bay and the Ross Sea. Commonwealth Bay is listed as the windiest place on earth, with winds that regularly exceed 240km/h. It is one of the least frequented coasts on earth and is filled with history from the early explorers, such as sir Douglas Mawson. The Ross Sea is home to the famous Ross Ice Shelf, a true wonder of nature! This is the furthest south you can reach without a plane and can only be accessed when the sea ice is at a minimum, making it one of the most remote and wild places on earth. This is the time to experience a true white Christmas under the midnight sun.

Late summer: late in the season sees a decline in animal numbers as they prepare to return to the sea for winter, but this is the time for whale watching. The clear cold waters bring krill to the surface and along with it, the giants of the deep. The sun has dipped lower in the sky, creating beautiful soft lighting across the landscapes, perfect for photography.

Different itineraries will spend time at different locations so its important to understand what each place will bring.

The Antarctic Peninsula is one of the most common places to visit and is covered in the classic Antarctic itinerary. Most voyages travel down the west coast to experience its rugged landscapes, towering mountains and abundant wildlife breeding grounds.

Upon arriving in Antarctica you reach the South Shetland Islands archipelago, home to the rugged landscapes of Elephant Island, the airport and research bases or King Gorge Island and the active volcano of Deception Island. Here it is possible to swim in the volcanically heated waters on a beach of black sand, not your everyday Antarctic experience. The South Shetlands are also home to the Lemaire Channel, one of the top tourist attractions of Antarctica and is so photogenic, it has been dubbed Kodak Gap.

Later in summer when the sea ice breaks up, you can continue even further south to experience the remote wilderness of Commonwealth Bay. This is home to Mawson’s Hut, a place so exclusive; more people have stood on top of Everest than in this hut. You will witness the sculptures of a hundred grounded icebergs and colonies of the elusive emperor penguin.

The Deep South also gives you access to the Ross Sea, one of the most remote places on earth. Here you can see the dry valleys, a desert that has baffled scientists for generations, the grand Ross Ice Shelf and the peak of Mount Erebrus. These are the itineraries for people wanting to explore more of the Antarctic and get a good chance for whale watching.

On the eastern side of the peninsula, you will find the Weddel Sea and grand tabula icebergs. This is where you come to experience the grandeur of Antarctic geology, with walls of ice, glaciers and rock walls that date back 200million years.

For a wildlife viewing spectacular, South Georgia is the place to go. With its warmer climate, wildlife viewing comes into season much earlier than the rest of the Antarctic and gives you a chance to get up close and personal.

If southern history is something you seek, the Falklands are the place for you. Home to sheep farms and the most southern war ever fought, it’s sure to tick the history boxes. It also hosts one of the few Antarctic airports so is a great place to start and finish a trip.

How do I get there?

You may have heard about the infamous Drake Passage, a body of water separating South America and the Antarctic Peninsula. Its huge oceans, strong winds and vastness can be daunting for many, however with different fly cruise options, you can now bypass the whole ocean leg.

If cruising open-ocean is just not an option, you can fly both directions from Ushuaia, Argentina or Punta Arenas, Chile to King George Island Airport in the South Shetlands. This puts restrictions on cruise itineraries available but does save time and the stress of the ocean crossing.

You can also fly one way and cruise the other. This give you the best of both worlds and opens up many cruise itineraries, allowing you to explore the Weddel Sea, South Georgia and Falkland Islands as well. This also gives you the opportunity to use the airport on the Falkland Islands, saving time while still giving you the flexibility to chose your cruise.

There are some cruises that depart from Australia and New Zealand. Although these cruises take longer to reach Antarctica, you will be rewarded with a true adventure, crossing the Southern Ccean to the eastern corner of the continent. This is the most wild and pristine landscape you can access.

Crossing the Drake Passage takes about 48 hours but is dependant on conditions where as a flight from South America takes around 2 hours. Flight delays and cancelations are rare due to the unusually stable weather on King George Island, however they can occur. Your tour operator will have a plan in place in the unlikely event of a cancellation, but make sure you confirm the policy around the ships contingency in the event of a flight cancellation before booking.

Antarctica is a wild place that experiences extreme weather like nowhere else in the world. Although the ships provide shelter and heating, appropriate clothing is essential for experiencing the most from your trip. Temperatures range from 0-5 degree Celsius during the summer, however winds driven by glacial ice will make it feel much colder. Suggested packing list would include, warm clothing such as thermals, thick jumpers and woollen socks, as well as wind proof clothing to protect you from the constant battering winds. Warm shoes with well-insulated soles and sunglasses are a must on snowy terrain. The sun can be blinding so protection essential. Warm hats, gloves and accessories will add to the comfort and add extra protection from the elements.