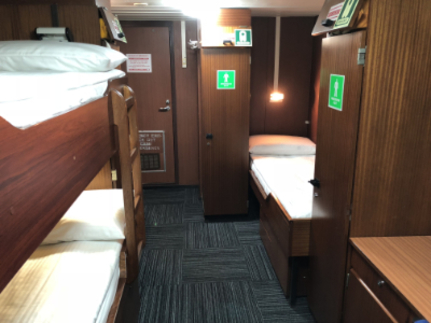 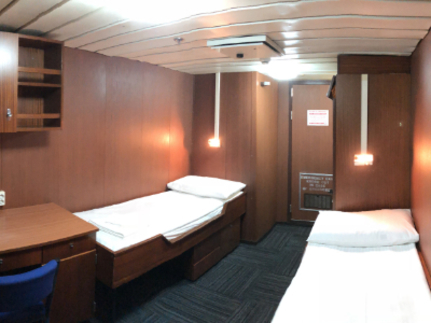 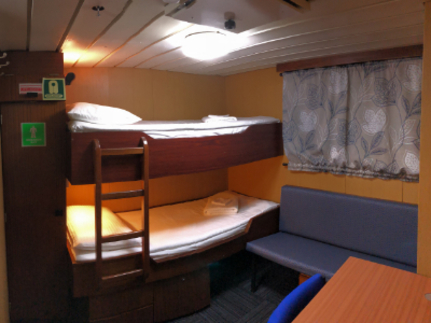 Twin public cabins have shared facilities and are the most economic
AUD$ 8,496pp
AUD$ 8,496pp 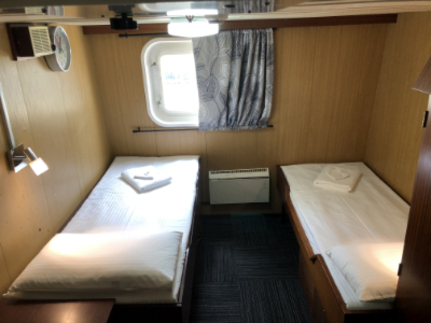 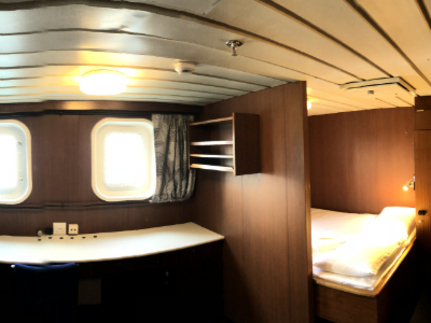 Feature a a separate bedroom with a double bed and a single bed or a sofa in the lounge, wardrobe, drawers, a desk and a private bathroom with shower, toilet and washbasin. The Mini Suites have windows. Cabin prices are inclusive of the required USD$800pp landing fee.
AUD$ 9,792pp
AUD$ 9,792pp 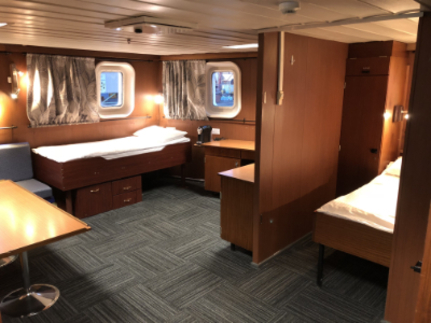 The Heritage Suite has a large lounge area, a separate bedroom with double bed, a single bed in the lounge, writing desk, wardrobe, drawers. There is a private bathroom with shower, toilet and washbasin. There are large forward and side facing windows to allow great views. Cabin prices are inclusive of the required USD$800pp landing fee.
AUD$ 10,080pp
AUD$ 10,080pp
Success
Error