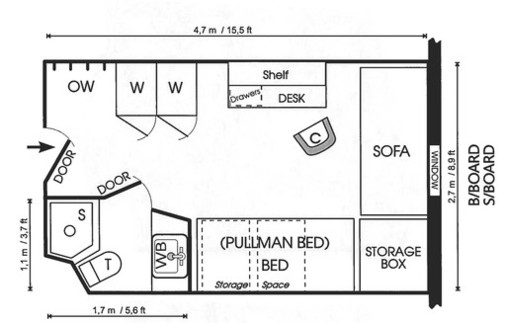 One bunk (one upper and one lower berth) and one additional lower berth, writing desk, wardrobe and drawers. Private bathroom with shower, toilet and washbasin. These cabins have windows. Cabin prices are inclusive of the mandatory US$500pp local payment.
USD$ 11,500pp
USD$ 11,500pp 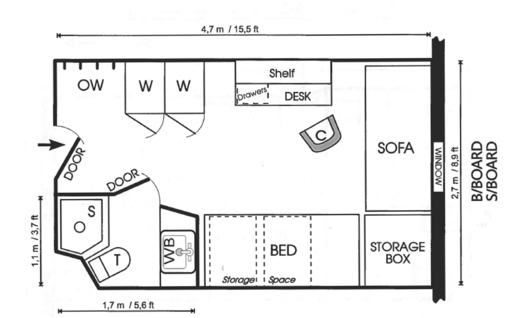 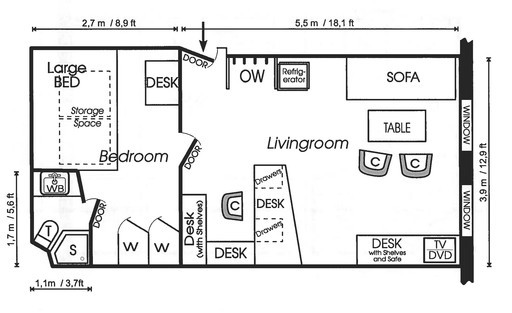 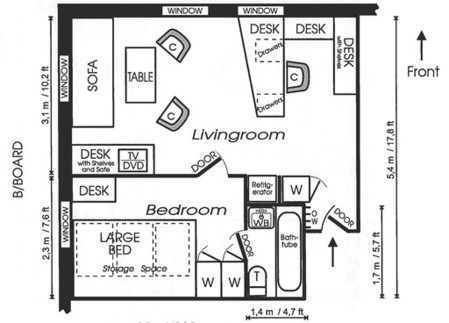