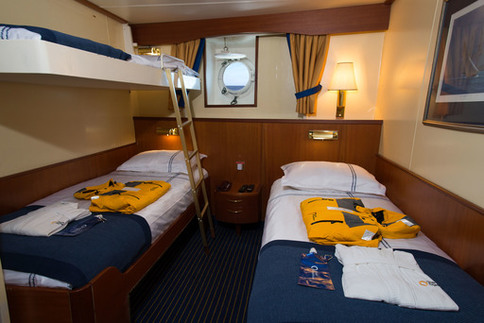 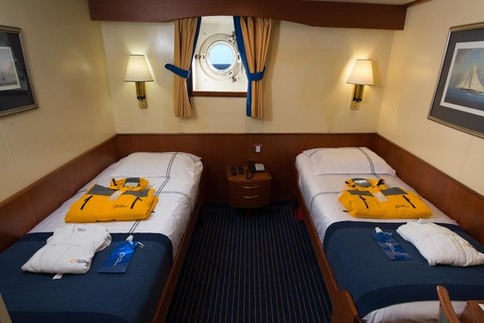 Two lower berths with private facilities and a porthole. Please note this voyage may require a charter flight at an additional cost.
USD$ 12,232pp
USD$ 9,786pp 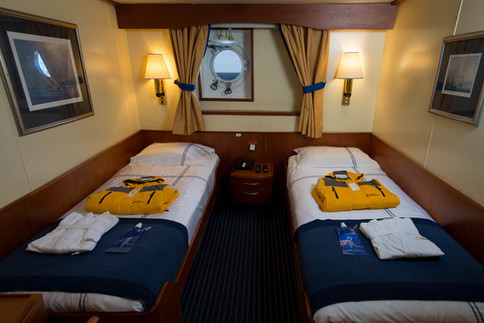 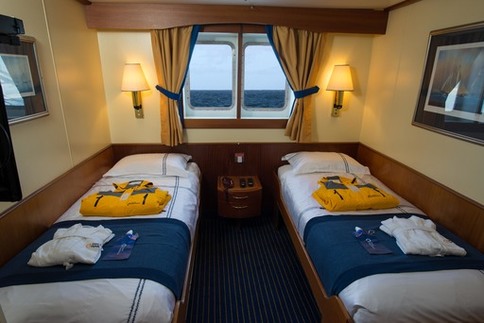 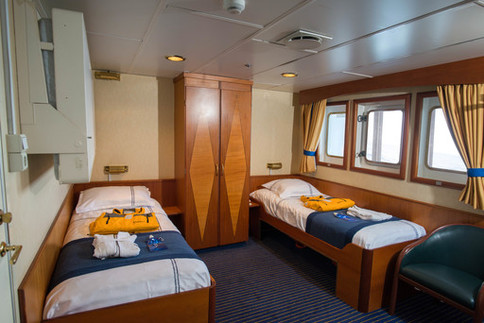 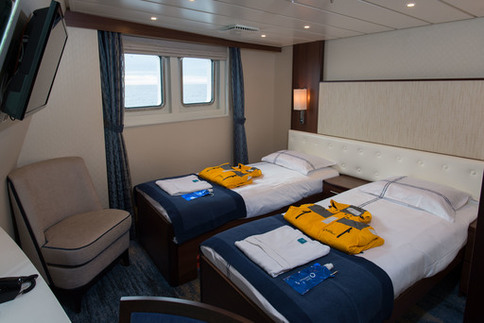 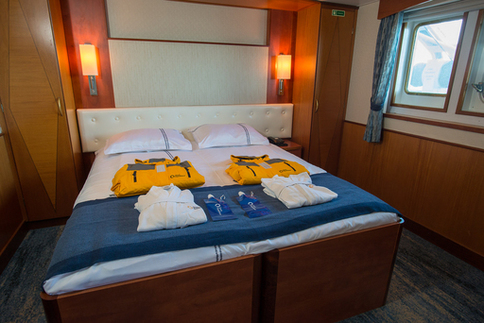 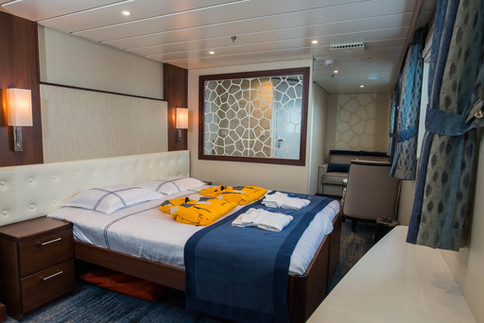