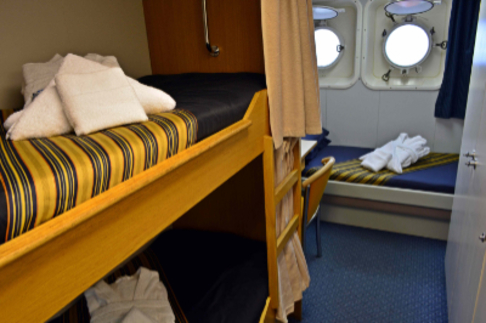 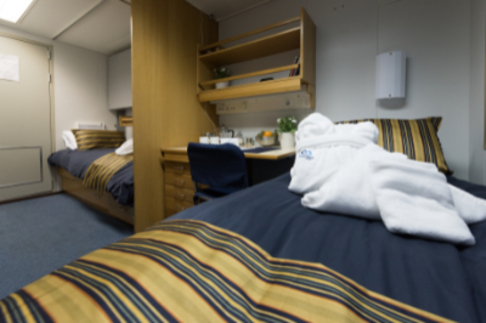 Twin cabin with semi-private facilities. These cabins share a bathroom with an interconnecting cabin and are great for families or friends travelling together.
AUD$ 21,892pp
AUD$ 20,692pp 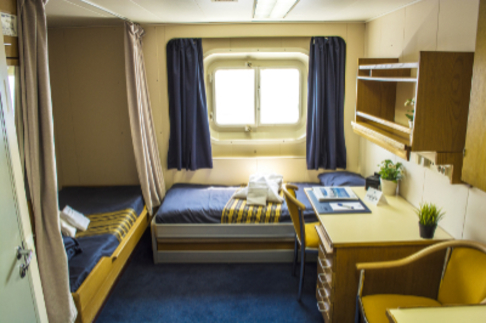 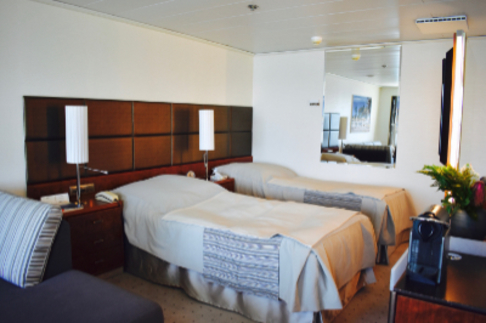 Located forward on Deck 5 the Superior cabins have the option for either a queen or two single beds. NOTE: Cabin price is inclusive of the charter flight supplement.
AUD$ 25,485pp
AUD$ 25,485pp 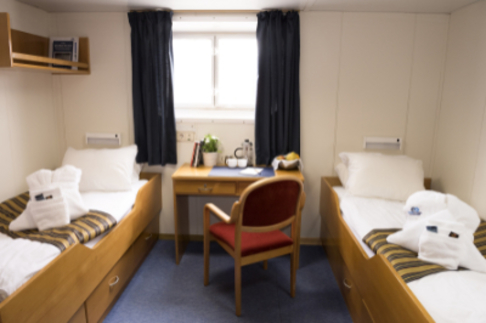 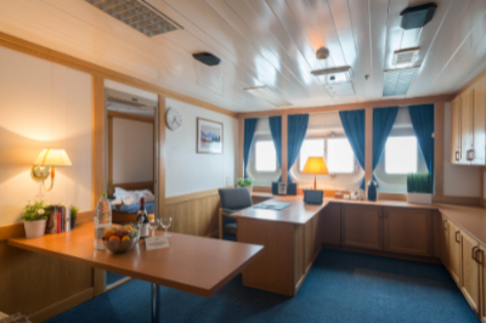